Social Multiplayer Gaming & Its Importance On Social Development In Children 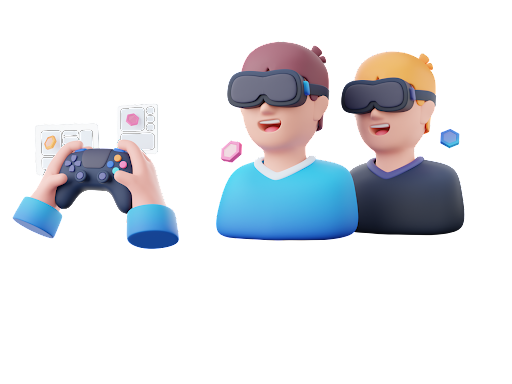 Social Multiplayer Gaming & Its Importance On Social Development In Children

The hype of metaverse has been getting more significant in recent years. Primarily, the term metaverse is related to a series of connected worlds where users can interact and where one can access using virtual and augmented reality headsets. While talking about the digital connections as many people can interact simultaneously, technologies like XR Technology( Extended Reality) and virtual reality have also grown considerably. Multiplayer gaming has been there for decades since physical gaming boxes like PlayStations and Nintendo were invented. To create a social culture, multiplayer games can connect children with friends locally and internationally. Video games have created an engaging way to connect with children with the same interests, acting as a social tool. Here we are looking at how multiplayer games have positively impacted children and their importance in social development.

Video games are a form of social entertainment where people cooperate to reach a common goal, especially children. The goal may be defeating evil or winning a race or a match. In the current generation, gaming through social media platforms like Facebook has become immensely popular. Children are playing these games and are proud to share their achievements with the world. A major share of these games, roughly up to 70%, plays among multiple people helping them build social relationships online. Metaverse gaming is already in the picture by providing a futuristic three-dimensional environment where the users can interact and build more personal gaming elements.

Normally there is a misconception that online gaming can make children isolated, which is not entirely true. However, these negative stereotypes often cover the benefits of gaming and skills children may achieve while playing a game. For example, recent research shows that multiplayer games can help boost the social skills of children struggling with autism.

Multiplayer games help children form a team and compete to achieve a common objective. In addition, online role-playing games such as the world of warcraft and Farmville can encourage the pro-social behaviors of the players. These skills children learn by playing these games may be transferred to real-life scenarios, helping shape their personalities.

In a recent survey that happened in the USA, children revealed that they are primarily interested in talking about games in peer groups. Research also shows that children with learning disabilities have found new friends playing online video games, which has increased their social interaction. The multiplayer games also allow children to lead and make the right decisions at crucial points, which helps them shape their personalities.

How Can XR Technology Influence Gaming?

Extended reality or XR Technology has brought tremendous changes in the gaming field. The entertainment value will be enormous when using an oculus to feel like climbing a mountain or playing a tennis game. The XR technology helps the children escape from the present state and gives a minor exercise within the movements. Multiplayer games will improve this experience as the children will feel like they are competing with real people. Children with social anxieties and autism will have benefits as they can be part of a community virtually, which creates the opportunity for them to mingle with people online, in the comfort of their home.

Metaverse helps provide a three-dimensional experience, allowing players to invite people from the real world to participate in the gaming with building relationships. Furthermore, the metaverse helps provide a flexible and superior gaming experience, including features like live gaming, which helps children interact with co-players in real-time. The players can invite friends through social media and interact with them around the globe, reducing social anxiety. For example, the child playing from the USA can now have friends in India and understand the culture of his friend’s country, which in turn creates a social bond.

Metaverse gaming now works on the play-to-earn concept, which allows them to earn real money while playing in the virtual world. The children playing will have monetary benefits, which will help them earn their savings. AR (augmented reality), VR (virtual reality), and XR Technology can help the children achieve a 3D experience that in the future can be played on mobile devices and computers, taking gaming to the next level.

Multiverse is still in a development stage and has started influencing people across the globe. Multiplayer games could be a game-changer for people who find it challenging to connect with their peer group in real life. Metaverse gaming will bring a gaming culture that can positively influence children’s social development. Even though you may find many negative impacts while assessing, like trolling and bullying, the positive sides should also be discussed. You can encourage your children to be part of multiplayer games with their real-world friends and create a better environment for everyone.

How VR Helps In Physical & Mental Health Issues During Work From Home Period Of Young People?

No comments to show.

How VR Is Helping Industry During The Pandemic?